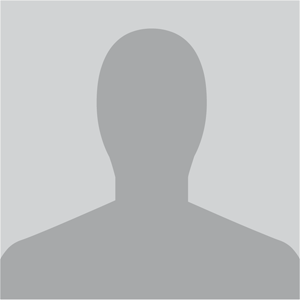 Amendments to the Bulgarian Labour Legislation

During 2022 were introduced a number of amendments to the Bulgarian labour legislation, which have significant impact on the relations between employers and employees. In the Labour Code there is already an explicit requirement for written form for any amendments

On 24.10.2022 was held the DBIHK Legal and economic day – a traditional event, during which the members of the DBIHK present practically orientated topics for the business. During this year’s event were discussed topics including the protection of whistleblowers,

BALL OF THE GERMAN ECONOMY IN BULGARIA

On 01.10.2022 in Sofia was held the 21st Ball of the German Economy in Bulgaria. The glamorous event gathered representatives of economy and politics, while the chairmen of the DBIHK Dr. Mitko Vassilev and Mr. Tim Kurt received awards from

Proposal for amendments to the Condominium Ownership Management Act

With a view to implementing a reform towards ‘Facilitating and increasing the effectiveness of investments in energy efficiency of muti-unit residential buildings’, as provided for in the National Recovery and Resilience Plan (NRRP) of the Republic of Bulgaria, the Council

In the framework of the Bulgarian National Plan for Recovery and Resilience the Ministry of Innovation and Growth published on 22.07.2022 information concerning procedure BG-RRP-3.004 Technological Modernization. Via this procedure the amount of 260 000 000 BGN shall be provided

The ‘man–in–the–middle attack’, the unauthorized payment transaction, or whom does the law protect in online banking?

A ‘man-in-the-middle-attack’ is a kind of cyberattack that became widely known since 2017; it involves hackers intercepting an actual online exchange or data transfer between two parties, then occupying ‘the place in the middle’ and taking advantage of the thus

For another consecutive year Dobrev & Lyutskanov Law Firm is ranked in the field of Banking and Finance in the IFLR1000 directory. IFLR1000 is a specialized international law guide, dedicated to the work of law firms and lawyers in the

On March 30, 2022, the European Commission tabled a draft directive amending the currently effective Directives 2005/29/EC (on unfair business-to-consumer commercial practices) and 2011/83/EU (on consumer rights), as an element of the green transition, including through the enforcement of measures

On April 21, 2022, the Public Consultations Portal of the Council of Ministers posted a Bill on the Protection of Persons Reporting or Publicly Exposing Breaches of the Law; the Bill can be accessed at: https://strategy.bg/PublicConsultations/View.aspx?lang=bg-BG&Id=6784. Said Bill needs to

IS THIS THE TIME OF HARDSHIP?

With increasing frequency, due to changes in economic conditions the parties to commercial transactions encounter difficulties in fulfilling their assumed obligations. For those parties whose obligations remain enforceable (i.e., have not become objectively impossible to enforce, as in, e.g., the

A bill has been tabled for adoption by Parliament aimed at simplifying the administrative procedure of building power generation capacities for self-consumption using renewable energy sources.

On March 11, 2022, a bill was introduced to amend the Renewable Energy Act (REA) with the aim of simplifying the administrative procedure pertinent to building power generation facilities for self-consumption using renewable energy sources with a rated capacity of

Temporary protection in Bulgaria for persons who have fled Ukraine after February 24, 2022

In connection with the wave of refugees fleeing the territory of Ukraine, the European Council adopted Council Implementing Decision (EU) 2022/382 of 4 March 2022 establishing the existence of a mass influx of displaced persons from Ukraine within the meaning

The Bulgarian Supreme Court of Cassation adopted an interpretative decision concerning the liability of the guarantor with regard to obligations, which are paid in installments

With interpretative decision from 21.01.2022 in interpretative case No 5/2019 of the Common Assembly of the Civil and Commercial Colleges of the Supreme Court of Cassation (SCC) was answered the question from which moment does the term under art. 147,

By decision of the Bulgarian Council of Ministers the emergency epidemic situation in Bulgaria is extended until 31.03.2022

With decision from 24.11.2021 the Bulgarian Council of Ministers has extended the emergency epidemic situation in the Republic of Bulgaria until 31.03.2022. For this period the restrictions for entering into Bulgaria remain, as wells as the requirements for a green

Attorney-at-Law Lyuben Todev participated in an Anniversary conference in honour of acad. Lyuben Vassilev on the topic “Recent problems of private law”, organized by the Institute for State and Law of the Bulgarian Academy of Sciences

On the 16th and 17th of September 2021 was held an Anniversary conference in honour of 110 years from the birth of acad. Lyuben Vassilev on the topic “Recent problems of private law”, organized by the Institute for State and

The Changes in the Bulgarian Civil Procedural Code Concerning the Electronic Serving of Documents, which entered into effect on 30.06.2021

The changes in the Bulgarian Civil Procedure Code, which entered into effect on 30.06.2021, provide an opportunity for electronic serving of documents. For this purpose, the party in the court proceedings can choose to receive court documents and subpoena via

Attorney-at-Law Lyuben Todev Participated in the Academic Readings on the Topic of Predictability of Law, organized by the Sofia University St. Kliment Ohridski

On 13.05.2021 were held На 13.05.2021 г. Academic Readings on the Topic of Predictability of Law, organized by the departments of History and theory of the state and of Criminal Law Studies at the Sofia University St. Kliment Ohridski. Attorney-at-Law

With amendments to the Measures and Actions during the State of Emergency Declared with a Decision of the National Assembly from 13 March 2020 and Overcoming the Consequences Act an extended term of validity is provided for Bulgarian identity documents, including for citizens of the EU and foreigners

With an Act for amendment and supplementation of the Measures and Actions during the State of Emergency Declared with a Decision of the National Assembly from 13 March 2020 and Overcoming the Consequences Act, promulgated in issue 98 from 17.11.2020

With an Act for amendment and supplementation of the Law on Obligations and Contracts, promulgated in State Gazette, issue 102 from 01.12.2020, a new provision of art. 112 is adopted, which provides for absolute limitation period for debts of natural