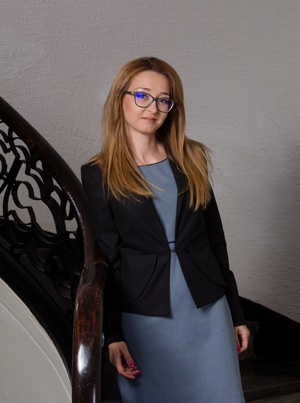 On February 18, 2022, a Law Amending and Supplementing the Value Added Tax Act was promulgated, introducing changes in pursuance of provisions of EU directives while ironing out some discrepancies with Directive 2006/112/EC and bringing said Act in line with

Do the amendments to the Bulgarian Territorial Planning Act contradict the Constitution?

By request of the Ombudsman of the Republic of Bulgaria the Bulgarian Constitutional court has initiated constitutional case No 11/2021 for establishing the unconstitutional character of art. 148, para. 16 and art. 178, para. 3 of the Territorial Planning Act

Rejected Presidential Veto on Amendments to the Territorial Planning Act

On 4 February 2021, the President of the Republic of Bulgaria vetoed some new amendments to the Territorial Planning Act (TPA) which were adopted on 27 January 2021 and referred them back to the National Assembly for further deliberations. Two

Amendments to the Tax Legislation

Application of Double Taxation Treaties and the Withholding Tax

The amendments to the Local Taxes and Fees Act (LTFA), which will enter into force on 1 January 2019, relate to the tax rates applicable to housing properties located in spa, mountain and seaside resorts, which did not serve as

Over the recent years virtual currencies have mushroomed as alternative means of payment. Their increasingly wide use calls for a thorough analysis of the related tax issues, taking into account the absence of statutory provisions in the Bulgarian legislation. There

On 10 October 2017, a working meeting with Ms Lilyana Pavlova, Minister for the 2018 Bulgarian Presidency of the Council of the European Union. The meeting was hosted by the German-Bulgarian Chamber of Commerce and Industry and Dobrev & Lyutskanov

The Latest Amendments to The Spatial Planning Act

On 25 January 2017, the National Assembly adopted at second reading the amendments to the Spatial Planning Act (SPA). The Amending Act to the SPA was promulgated in The State Gazette, No 13 of 7 February 2017 and entered into

On 13 December 2016, the Supreme Administrative Court (SAC) ruled an interpretative judgment to answer the question whether a tax assessment issued by an official of the National Revenue Agency (NRA) representing a tax revenue authority at the managerial level

08_Errors and Omissions in the Registration of Properties in the Cadastral Map_ME[english] The existence of omissions and errors on the cadastral map has become a common problem over the recent years, which is resolved through an administrative procedure or court

The Essence of the Weekend Tax

05_The Essence of the Weekend Tax_ME[english] The purpose and rationale of the tax treatment under the Value Added Tax Act and Council Directive 2006/112/EC on the common system of value added tax, and of the use and separation of goods

On 24 February 2016, an official working meeting was organized by the American Chamber of Commerce in Bulgaria (AmCham) and the British Bulgarian Business Association (BBBA) to discuss the tax changes related to the new treatment for VAT purposes of

The amendments to the Spatial Planning Act (SPA) concerning the expected change of the status of car parking spaces were promulgated in The State Gazette, No 101 of 22 December 2015. Earlier, in May 2015, a bill was adopted at

13_Failure to Declare the Amount of Cash at the Time of Crossing the EU Border_ME[english] In September 2015, the Criminal Code (CC) of the Republic of Bulgaria was amended in relation to the infringement procedure No 2012/2085 opened by the

Since 24 August 2015, Mariya Endreva, attorney-at-law, has been registered in the National Registry of Mediators at the Ministry of Justice. Her specialization is mediation in commercial law. Being a voluntary and confidential extra-judicial alternative dispute resolution method, mediation was

Amendments to the Tax Legislation for 2015

02_Amendments to the Tax Legislation for 2015_ME[english] On 5 December 2014, the National Assembly passed the amendments to several tax laws through the adoption of the amending bill to the Value Added Tax Act at its second reading. Some of

European Tax Law – VAT between a main company and a branch, where the branch belongs to a VAT group

23_European Tax Law – VAT_Oct_14_ME_en On 17 September 2014, the Court of the European Union (Second Chamber) gave its judgment on Case C-7/13 on a reference for a preliminary ruling concerning the Common system of value added tax – Directive

08_The NRA Treasury Single Account Declared Unconstitutional by the Constitutional Court_february_14_ME The provisions of § 44, subparagraphs 3 and 5 of the Transitional and Final Provisions of the Amending Act to the Value Added Tax Act (promulgated in The Official

What Easement Rights Can Persons Building Energy Facilities Rely On

06_It is not Always the Property Owner_july 2013_ME The amendments to the Spatial Planning Act of 26 November 2012 introduced a new Article 124a, specifying explicitly the list of the parties concerned eligible to request the drafting of a detailed