UIA (Union Internationale des Avocats) Seminar on “Immigration in the European Union – Rules and Legal Practice. The Role of the Lawyer” 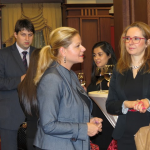 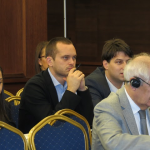 On 11-12 November in Sofia there was an UIA(Union Internationale des Avocats) seminar on “Immigration in the European Union – Rules and Legal Practice. The Role of the Lawyer”. At the opening of the event, Maya Manolova, National Ombudsman of Bulgaria, addressed the participants, emphasizing on the importance of the migration processes and human rights protection. Among the speakers were Jean-Jacques Uettwiller, Immediate Past UIA President 2014-2015 and Michel Benichou, Chairman of The Council of Bars and Law Societies of Europe (CCBE).

Dobrev & Lyutskanov Law Firm took part in the event with Lyuben Todev presenting on the topic of Labour Migration / Migration with Regard to Exersising the Right of Labour Residence of Third Country Nationals in the EU with Regard to Labour and Tereza Shishkova – on Investment Immigration in the EU/Economic Migration. Katya Gramatikova, who was appointed President of the National Committee of Union Internationale des Avocats (UIA) for Bulgaria, together with Todor Manev (member of UIA) was involved in the organization of the seminar.