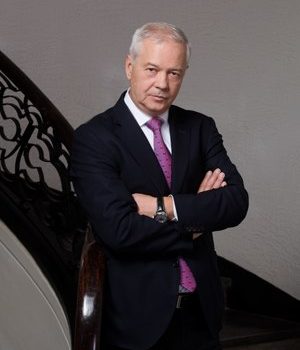 Grozdan Dobrev is co-founder of DOBREV & LYUTSKANOV Law Firm and Partner since 1989.

Member of the scholarly board of the Supreme Bar Council.

As of January 2017 Mr. Dobrev is a European trade mark lawyer, registered on the list of professional representatives before the European Union Intellectual Property Office (EUIPO).

Mr Grozdan Dobrev, attorney-at-law, is already a European trade mark lawyer after his registration on the list of professional representatives before the European Union Intellectual Property Office (EUIPO). The registration allows also legal representation relating to Community design issues in

07_Requirements to Contracting Bonded Loans in Bulgaria_VI[english] The general legal framework of bonds is set out in the Commercial Code (Chapter 14, Articles 204-218), whereas the special provisions are laid down in the Public Offering of Securities Act (the Securities

The Promissory Note in the Wake of Interpretative Decision No. 4/2013 concerning Summary Judgments for Debt Recovery: More Questions than Answers

The New Economic and Financial Relations with Companies Registered in Preferential Tax Regime Jurisdictions, the Persons Related to Them and Their Beneficial Owners Act

The Changes of the Legal Framework of Public Companies [1]

02 The Changes of the Legal Framework of Public Companies_february, march_2013_VI The recent Amending Act to the Public Offering of Securities Act (POSA) entered into force in the beginning of 2013[2]. The law had been drafted and adopted to fulfill

The Legal Framework of Public Procurement

01_The Legal Framework_march_2006_GD More than a year and a half has elapsed since the adoption of the existing Public Procurement Act (it entered into force on 1 October 2004). This is a sufficient period of time to assess the law