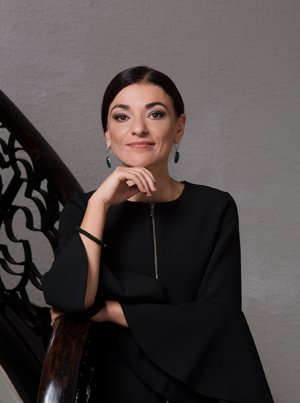 How many submissions can be filed in defense of the same individual right?

The principle of legal certainty finds yet another expression in the prohibition contained in procedural law on re-litigating a matter that has already been resolved by a valid court ruling in full force and effect. Therefore, no more than one

The matter of legal protection of employees in case of dismissal is addressed in article 333 of the Labor Code, which stipulates that an employer must satisfy a number of additional requirements when terminating unilaterally employment of certain categories of

Protection of a Partner in a General Partnership

The general partnership is an arrangement among natural and/or legal persons to pursue a common business objective. When traders take part in the arrangement, the group is called a consortium and it is subject to the provisions of Article 357

Amendments to the Civil Procedural Code, published in State Gazette, issue 110 from December 29, 2020

The preliminary ruling procedure provides a mechanism for interaction between the national courts of Member States and the Court of Justice of the European Union (“the Court”), which is designed to ensure the uniform interpretation and application of the EU

The opportunity for legal entities to claim compensation for non-pecuniary damages successfully, under the Bulgarian Obligations and Contracts Act (OCA), has not been subject of discussion for a long time (over 50 years). The jurisprudence and court practice unanimously held

The Bulgarian National Assembly adopted an Act for amendment and supplementation of the Measures and Actions during the State of Emergency Declared with a Decision of the National Assembly from 13 March 2020 Act. We present below the most significant

On 30 Match 2020 the Bulgarian Council of Ministers adopted the Decree laying down the conditions and procedure for the payment of compensation to employers in order to maintain the employment of workers and employees during the state of emergency,

The Measures and Actions during the State of Emergency Declared with a Decision of the National Assembly from 13 March 2020 Act, promulgated in State Gazette issue 28 from 24.03.2020, provides for a suspension of time limits and proceedings except

The Measures and Actions during the State of Emergency Declared with a Decision of the National Assembly from 13 March 2020 Act, promulgated in State Gazette issue 28 from 24.03.2020, provides for additional rights and opportunities available to employers to

Law Applicable to Claims under Insurance against Civil Liability for Motorists

The insurer’s liability under insurance against civil liability raises a number of issues, where the road traffic accident takes place in one Member State of the European Union but the damages are claimed in another Member State. The damage is

The Bulgarian procedural law envisages applicability of summary enforcement of judgments given by a foreign court or tribunal without special recognition and enforcement proceedings in two cases: where a European Enforcement Order for uncontested claims is provided and where a

On January 17, 2018, the National Assembly adopted at first reading a Bill on amendment and supplement to the Bank Bankruptcy Law. In the motives of the bill, the amendments are substantiated by the findings of the AlixPartner’s report on

Is the cancellation of the lease agreement subject to registration?

03_The Arbitration Agreement New Solutions and New Questions[english] The Amending Act to the Code of Civil Procedure (the CCP Amending Act) which introduced amendments also to the International Commercial Arbitration Act (ICAA) was promulgated earlier this year. The amendment to

Conference on the Rule of Law, the Judicial Reform in Bulgaria and Alternative Dispute Resolution

A judicial conference on the rule of law, the judicial reform in Bulgaria and alternative dispute resolution took place in the recently refurbished Auditorium 272 of Sofia University on 14 May 2015. The event organized by the American Chamber of

The Fate of a Sale Contract in the Case of Eviction

Prior to the adoption of the Civil Procedure Code (CPC) in 2007 and its entry into force on 1 March 2008, the interpretation of disputes in appellate proceedings was outlined in Interpretative Decision No. 1 of 4 January 2001 under