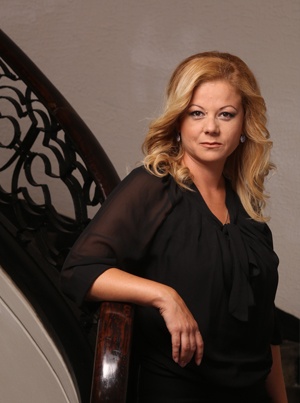 Katerina Gramatikova joined the team of Dobrev & Lyutskanov Law Firm in 2006 as an Associate. From 2011 Attorney-at-Law Gramatikova is Senior Associate, and from August 2016 she is at the position of Junior Partner.

She is heading the departments Competition Law Public Procurement and Administrative Procedures, whereas she is specializing in the fields of Corporate Law and M&A, Energy, Intellectual Property, Litigation and ADR, as well as Infrastructure, Transport and Communication.

Katering Gramatikova is a PhD student at the Section for International Legal Sciences at the Institute for State and Law, Bulgarian Academy of Sciences. In 2008 she specialized in Community Competiton Law at King’s College, London, UK, and Corporate Law of the US and International Regulation of Commerce at the Boston University, London branch.

Attorney-at-Law Gramatikova is holding lectures at the Centre for attorney training Krastyo Tsonchev attached to the Bulgarian Supreme Bar Council.

Chairperson of the National Commitee of the International Union of Attorneys for Bulgaria (Union Internationale des Avocats (UIA)).

As of 20.12.2021 Katerina Gramatikova is chief of the political cabinet of the ministert of regional development and public works of Bulgaria and is no longer part of the team of the Law Firm

Will the government succeed in overcoming the vicious in-house contracting practices in Bulgaria?

The Ministry of Justice has recently announced its intention to propose an amending bill to the Public Procurement Act (PPA) and, more specifically, amendments concerning in-house transactions. The Ministry has set itself the objective to further restrict this option for

Issues Related to Maritime Claims and the Arrest of Ships

12_Issues Related to Maritime Claims and the Arrest of Ships[english] Business operations relating to international seaborne trade are often quite dynamic and intensive. The relationships concerning the use of ships are complex and quickly changing, while the contracts for the

10_Exhaustion of the Rights Conferred by a Trademark_16_KG[english] The exclusive right conferred by a trademark entitles its proprietor to use it and to dispose of it, as well as to prevent all third parties not having his consent from using

Katerina Gramatikova, Senior Associate at Dobrev & Lyutskanov Law Firm is the new national representative of UIA (Union Internationale des Avocats) for Bulgaria. She was elected by the Executive committee of the organization in December 2015, thus assuming the functions

Bulgarian Merger Regime Relevant law and competent authority The Competition Protection Act (CPA), (promulgated on 28 November 2008 and in effect as of 2 December 2008), sets out the legal framework for merger control in Bulgaria. The authority competent for

16_New Rules for Licensing and Other Technology Transfer Agreements _Junel_14_KG_en On 28 March 2014, following a process of public consultations started in February 2013, the European Commission published the revised Commission Regulation (EU) No. 316/2014 on the application of Article

05_The EU Parliament Adopted the New Directivs on Public Procurement and Concessions_March_14_KG In connection with the need for recast and modernization of the existing legislation in the public procurement field, the European Commission made a proposal on amending Directive 2004/18/EC

01_The New Bulgarian Renewable Energy Sources Act_january_2012_KG Over the recent years, Bulgaria has witnessed huge interest in the investment in renewable energy sources (RES) thanks to the favourable arrangements under the repealed RES Act and the incentives envisaged there for

The New Rules for Distribution Agreements

01_The New Rules_may_2011_KG The expiration of the validity term of the block exemption rules for some categories of vertical agreements has made it necessary for the European Commission to adopt a new Regulation [1] published on 20 April 2010. The

01_Joint Ventures_june, july,august, september_2010_KG Joint ventures are legal forms which become increasingly common in the business life of the Republic of Bulgaria and the European Union as a whole. Their establishment is most often determined by the need for join

01_European Company_march_2007_KG The need to ensure free trade on the Community market determines the need to provide the companies trading on the European internal market with the freedom to reorganize their business on a Community scale, giving them the option